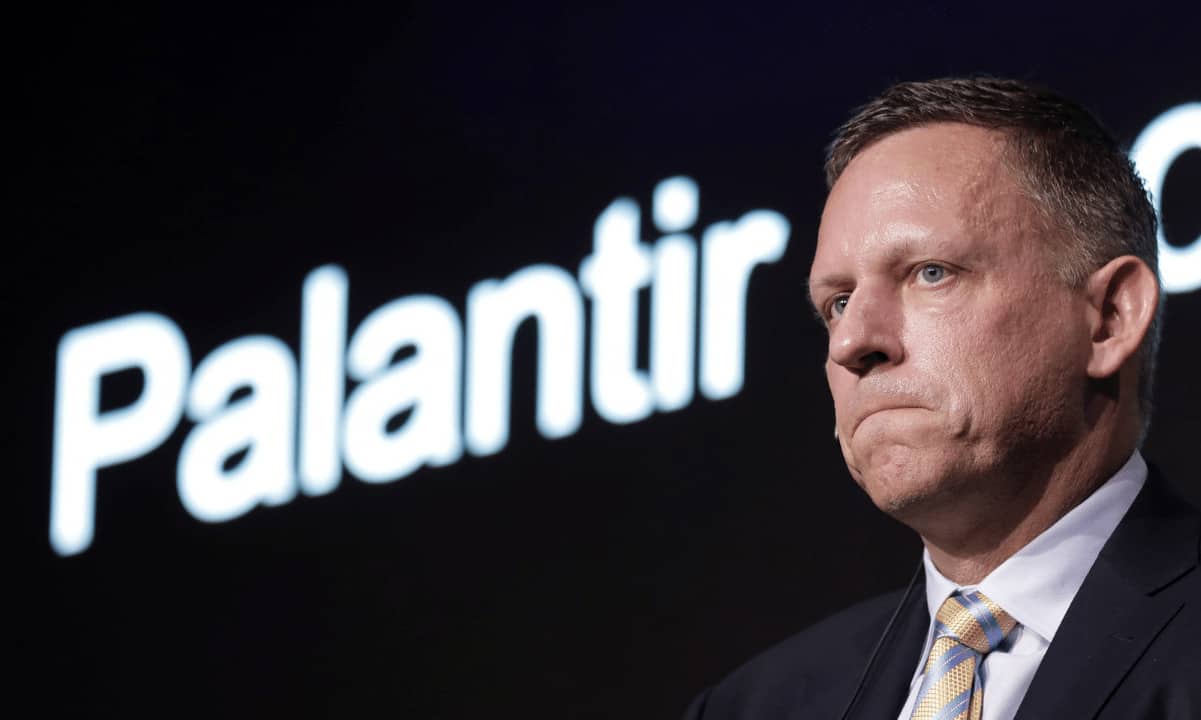 Palantir says it’s preparing for a black swan event with its massive gold purchase this month. Bloomberg reports the company also accepts bitcoin and gold as payment, but no one has paid in either.

The Peter Thiel cloud computing company is also interested in accumulating bitcoin, Per a recently report:

“The company spent $50.7 million this month on gold, part of an unusual investment strategy that also includes startups, blank-check companies, and possibly Bitcoin. Palantir had previously said it would accept Bitcoin as a form of payment before adding precious metals more recently. A spokeswoman for Palantir said no one has yet paid in either Bitcoin or gold.”

At the time Palantir made the purchase, the spot price of gold, the current average market price for an ounce, was anywhere from $1,813 at most during that period on Aug 1 to $1,718 at the lowest spot price during that time on Aug 7.

If the intelligence and analytics firm is worth its weight in market cap, its acquisitions department locked in around the 7th, and the company reported five days later on its 10-Q.

The firm stated in its Q2 SEC filing:

“During August 2021, the Company purchased $50.7 million in 100-ounce gold bars. Such purchase will initially be kept in a secure third-party facility located in the northeastern United States, and the Company is able to take physical possession of the gold bars stored at the facility at any time with reasonable notice.”

First, these guys Elon Musk and Peter Thiel, take a crack at basically trying to invent Bitcoin and end up creating PayPal (PYPL) out of that effort. Now half a year after Tesla poured billions on bitcoin (BTC), Palantir just cashed in $50 million for 100-ounce gold bars.

Though he hasn’t tweeted about it, one can imagine Peter Schiff is doubly chuffed at the news that Palantir made such a bearish inflation hedge and that it did so in gold instead of bitcoin. These guys won’t stop running for all the inflation shelter they can find.

Palantir’s move is an incredibly bearish U.S. dollar inflation hedge. They can call it preparing for a black swan event, but whatever the catalyst is, the risk they’re hedging is that it will simultaneously shake confidence in the dollar and spur U.S. financial policymakers to continue radically expanding its supply. After the 2008 financial crisis and the coronavirus pandemic, expecting more monetary expansion is no wild bet.

This is very bullish in terms of the fundamental thesis of the cryptocurrency industry. As if it needed any more validation. It will continue getting it from industry titans, especially the engineering-minded among them like Musk and Thiel, who is a very technical problem solver at product design and a business engineer.

High points in Google search interest for “us dollar inflation” correlate with rallies in the price of bitcoin. Hedge fund titans like Paul Tudor Jones and Ray Dalio, that have dipped their toes into “digital assets,” frequently give inflation shelter as the reason for keeping a small amount of their money under management in bitcoin.

And it’s not just Bitcoin the PayPal mafia are resorting to for inflation insurance to protect and grow their companies’ wealth. Thiel helped get Ethereum started and has made various early-stage investments in blockchain businesses.

There’s also not unlikely to have been an element of global strategic competition in Palantir’s move in the wake of now years of foreign central banks hoovering up massive volumes of gold. Thiel is very sensitive to these shifts in the international balances of economic power.

Right now, China’s a hard pass on cryptocurrency. El Salvador is off to the races at full speed. Just wait until the sovereign world superpowers get into a race for the most strategically important cryptocurrencies. That’s moon.