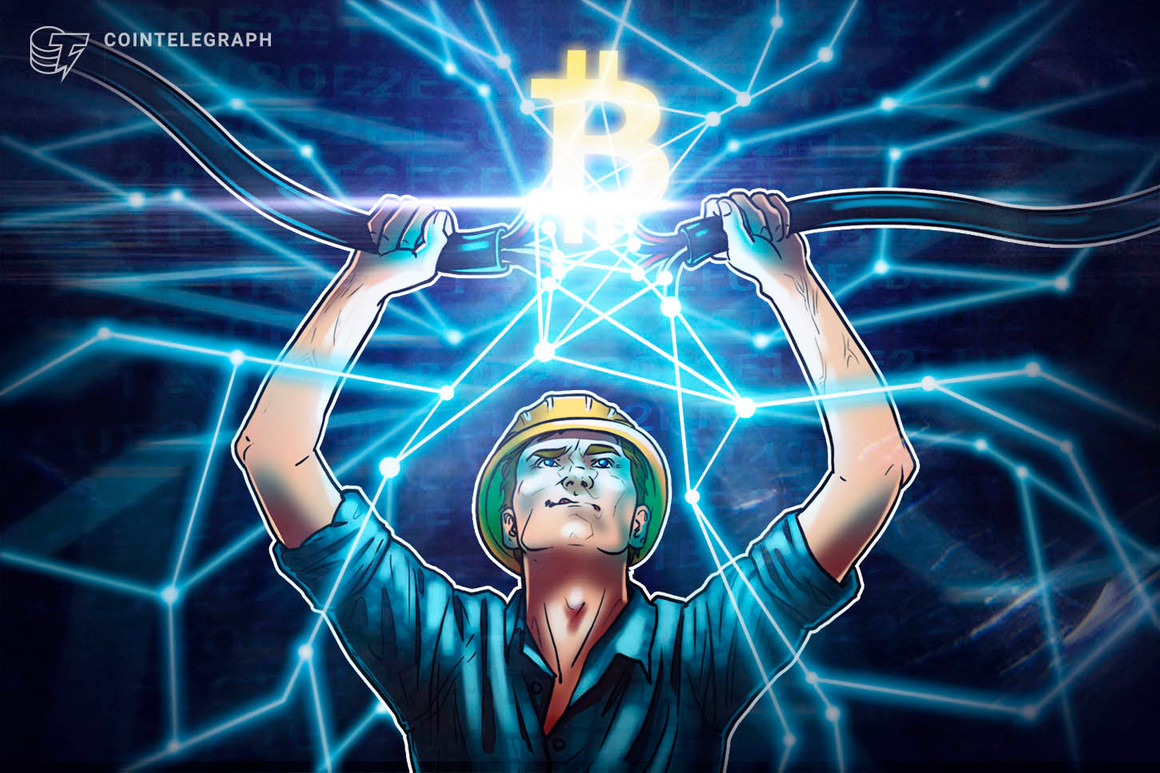 Bitcoin influencer and podcaster Anthony “Pomp” Pompliano said that there is no need to “apologize” for Bitcoin’s energy use, because “crucial things in the world use energy.”

He made the comments in a Dec 27 interview on CNBC’s morning news and talk program, “Squawk Box” with Joe Kernen.

During the interview, he claimed that many people are missing “key points” in the “climate argument” against the Bitcoin (BTC) ecosystem, especially in terms of comparisons with fiat currencies like the U.S. dollar:

“There is a linear relationship between energy consumption and the dollar system, to support more users and more transactions, we need to consume more energy, more data centers, more bank branches, more ATMs.”

He added the, “Bitcoin blockchain does not have this same linear relationship with energy consumption, that is because regardless of the number of transactions per block, there is the same energy consumed by each block. As Bitcoin scales, it will become more efficient because you will be able to add more economic value to each of these blocks.”

“As it scales, #bitcoin because more and more efficient because you can pack more economic value into each one of those blocks. In the legacy system as you scale you need to consume more energy … we shouldn’t apologize for the use of energy,” @APompliano on #btc energy use. pic.twitter.com/gFSMFz3ApU

Bitcoin uses 8X the energy of Google and Facebook

The interview aired on the same day as the release of new research from Trading Platforms, which found that the energy consumption of the Bitcoin (BTC) ecosystem is eight times the amount of both Google and Facebook combined.

The report stated that “fears lie in the amount of electricity that such a small sector consumes.” According to the Cambridge Bitcoin Electricity Consumption Index, the BTC ecosystem consumes 125.04 terrawatts per hour annually — similar to the energy use of a e small country such as Chile or the Philippines.

The controversy surrounding BTC’s energy consumption is far from new, and is unlikely to resolve itself any time soon. As previously reported by Cointelegraph, the New York Digital Investment Group estimates that BTC mining will represent 0.9% of global carbon emissions by 2030.

Related: Green Bitcoin: The impact and importance of energy use for PoW

Since Pomp’s interview with CNBC, he’s been a busy man. On Dec 29, he was interviewed about BTC by three-year old Lily Knight on “The Lily Show.”

This was my favorite interview that I did all year. https://t.co/Hx1j28HFqh