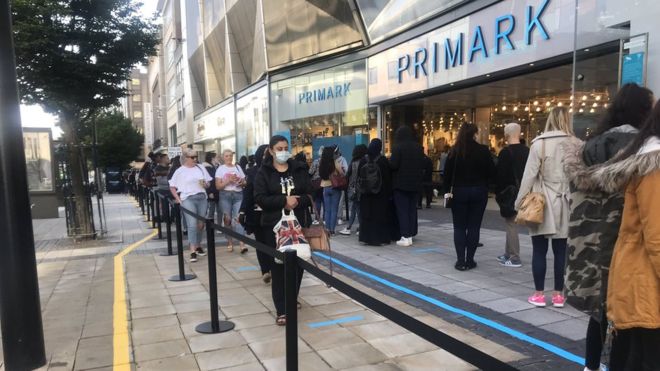 Primark has said it will lose an additional £220m in sales as more stores are forced to close under new restrictions to control the spread of Covid-19 in the UK.

The cut-price fashion chain’s owner, Associated British Foods, said it expected to lose £650m in sales in the year to September, up from the £430m it had announced on 4 December, after the government said major cities including Manchester and Birmingham must join London and the south-east of England in closing non-essential shops.

Primark said 253 of its stores would now be temporarily closed from 1 January, just over two-thirds of its outlets globally.

The update comes as retailers brace for further pain after the government announced that all of the north-east of England, Greater Manchester, large parts of the Midlands and the south-west would fall under the strictest tier 4 restrictions from Thursday morning.

All of mainland Scotland, Wales and Northern Ireland are already under the tightest restrictions which involve the closure of hospitality and non-essential retail, which includes shops that sell clothing, toys, books and electrical goods.

The restrictions have been widened in response to a new variant of Covid-19 that has contributed to a record rise in infections across the country.

The number of shoppers out and about last week slumped by 46%, compared to the same period in 2019, according to the advisory firm BDO’s high street tracker. Online sales rose by 50% but that was not enough to offset the in-store decline. Total sales for established retailers fell 23%. Fashion sales were down just over a third.

Primark takes a heavier hit from store closures than some rivals because it does not sell goods online.

When the chain reopened in England earlier this month, however, after a month-long high street lockdown, the group said it saw “phenomenal” sales growth.

Eleven stores stayed open overnight, resulting in a 40-hour trading marathon, and shoppers queued to get into the stores in the small hours of the morning.