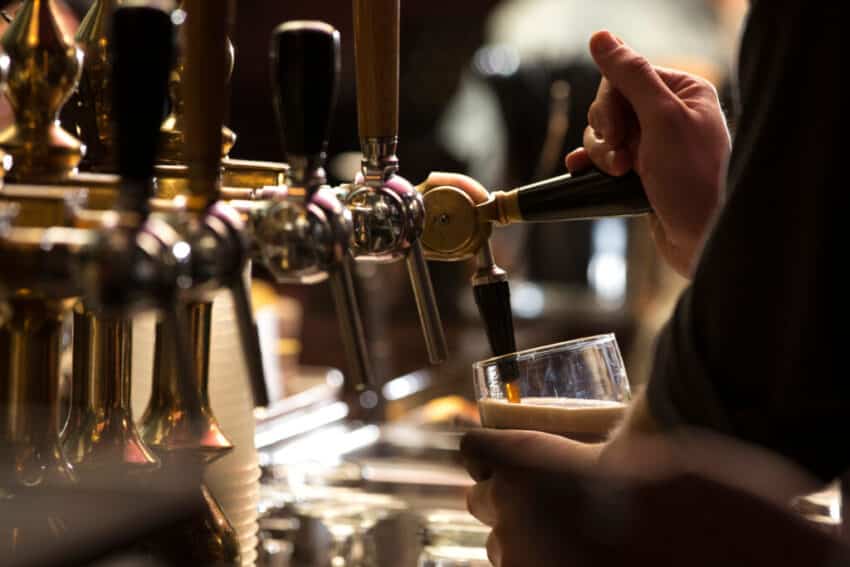 Up to 87 million pints of beer will be thrown away as a result of pub closures during Covid lockdowns around the UK, an industry body has calculated.

The British Beer and Pub Association (BBPA) called the waste – equivalent to £331m in sales – “heartbreaking”.

Chief executive Emma McClarkin urged the government to give publicans more help in the Budget, including extending the VAT cut for the hospitality sector.

The Treasury said keeping businesses going was its “priority”.

Barrelled beer not sold by its best-before date has to be returned to breweries and disposed of.

For pasteurised beers – including most lagers – this is usually about three to four months after delivery to pubs.

For real ales and other unpasteurised beer, the timescale is normally around six to nine weeks.

The BBPA has worked out, from industry feedback, that 70 million pints of beer were thrown away during the first lockdown.

With publicans more alert to the risk of wastage – and amid ongoing restrictions imposed on large parts of the UK – they bought less stock after reopening.

This meant that, when further lockdowns occurred around the UK last autumn, seven million pints were wasted, with another 10 million expected to go the same way during the current one, the BBPA found.

Before the pandemic, the number of pubs in the UK had started rising slightly, following many years of decline.

But the difficulties since then mean many of the 39,000 premises operating at that point have closed or are “struggling”, McClarkin said.

“Pubs and breweries are effectively having to pour their businesses down the drain,” she said.

The licensed trade was “in limbo”, with “no idea or clarity from government on when we can reopen again”, she added.