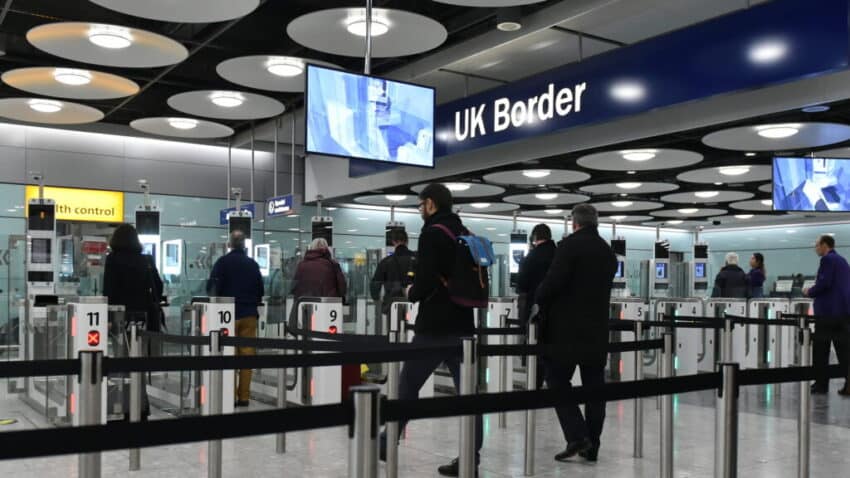 The government has drawn up plans to quarantine up to 44,000 passengers a month in hotels near ten airports and ports, with private security guards on every floor to stop people leaving their room.

The measure, which was announced last month by Boris Johnson, will not now be implemented until February 15.

A tender document seen by The Times states that the government is attempting to secure hotels close to airports, ferry terminals and the Eurostar at St Pancras in central London.

The government was attempting to secure 28,000 hotel rooms by 5pm this evening. It will pay the estimated £55 million bill up front but will then seek to recoup the cost from travellers, according to The Daily Telegraph.

Although the government’s policy is to require people to isolate for ten days, the document states that the day on which they arrive will be treated as “day zero”, meaning that they will have to spend 11 days in their room. They will be required to take a coronavirus test on the second and the eighth day of their stay.

The document says that hotels must be open solely for the quarantine policy.

Security staff will help with check-in, carry out patrols and accompany people if they need to go outside.

Hotels will be expected to introduce a one-way system for people entering and leaving, with staff protected by screens. All keycards will have to be disinfected before use, and the hotel must offer a 24-hour reception service. Rooms will have to be cleaned by the guests, who will be asked to leave their laundry outside the door and to make up their own beds with fresh linen.

Rob Paterson, the head of Best Western hotels, said earlier that his company had been “kept in the dark” over the plans for hotel quarantine.

The cross-party home affairs committee cited figures from the Home Office and Department for Transport that suggested that fewer than one in ten people who were supposed to quarantine at home on arrival into the country had been contacted to ensure that they were complying with the law.

Yvette Cooper, the committee’s Labour chairwoman, said there was no clear system for enforcement action to be taken when Public Health England suspected that no one was at home. She also said that people were often contacted for only three days after arriving — rather than for the full duration of the ten-day isolation period.

In a statement, Cooper said: “When there are such grave concerns about the spread of the new South Africa and Brazil variants, it is deeply troubling that the current system is full of so many holes.”

Last month the UK introduced a system of compulsory pre-travel coronavirus tests for anyone seeking to enter the country. Quarantine-free “travel corridors” were also suspended.

In addition the government has banned foreign citizens from entering the UK from 33 countries, including all those in South America, southern Africa and Portugal.

By law all other arrivals are required to quarantine at a named address, usually their home, for ten days, with the threat of £1,000 fines for failing to comply.

It sounds so easy, doesn’t it? Anyone who arrives in the UK from a high-risk country is forced to quarantine in a hotel rather than at home.

The policy forms part of tough measures designed to prevent mutant strains of coronavirus — particularly those from Brazil and South Africa — spreading unchecked in the UK.

The logistics, however, are proving to be challenging. So where are the problems?

There are questions over liability. Major hotels, starved of guests during the crisis, are keen to sign up but must be insured in the event of an outbreak forcing their closure. Average premiums could be about £10,000 per hotel and the question of who pays is yet to be resolved.

Security is needed at the hotels. Who pays and what level of force can be used, for example, on a guest trying to escape?

The questions keep coming. How will travellers be transported to the hotel? Will they be able to open the windows? Or change their own linen? How thoroughly will each room be decontaminated between stays? All guests will presumably need three meals a day delivered directly to their door but not all hotels are geared up for room service on this scale.

Ministers are strongly resisting pressure from Labour and the SNP to expand the policy to everyone arriving in the UK — potentially 10,000 to 25,000 people a day. Given the logistics, it’s not hard to see why.