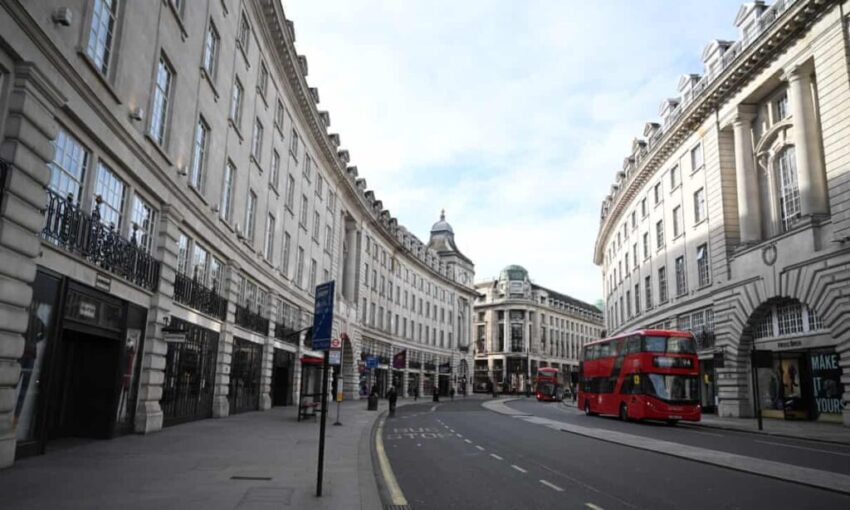 The value of the Queen’s land and property has been written down by more than £500m following a steep fall in rental receipts from shops.

The Crown Estate encompasses London’s Regent Street and St James’s as well as malls and retail parks around the country, alongside the rights to seabeds around the British Isles. However, the coronavirus pandemic has forced it to consider the value of its holdings as retailers and office tenants struggle to make rental payments.

The group wrote down the value of its portfolio by £552.5m to £13.4bn in annual results published on Friday, reflecting the tough retail market outside London in particular. The figures also showed that it made a profit of £345m in the year to 31 March, up 0.4% from last year. It hands all its profits to the Treasury, which passes on 25% of profits – with a two-year time lag – to the Queen through the sovereign grant.

However, the economic disruption wrought by the virus has prompted the Crown Estate to make staggered payments to the Treasury, starting with £87m in July, with more payments to follow “as trading conditions develop”. It said it had taken the unprecedented step to ensure it has enough revenue reserves following the drop in rental income. The Treasury said the sovereign grant payment to the Queen was not affected by this.

Annual profits were reduced by a £12.9m bad debt provision as the group expects a further increase in the number of retailers falling into administration or adopting a company voluntary arrangement (CVA), an insolvency procedure that allows them to shut shops and renegotiate rents.

Dan Labbad, the Crown Estate’s chief executive, said the West End of London was slowly coming back to life. “We’ve seen most of our retail and food and beverage come back and want to open where they are still trading. There have been a number of CVAs and administrations,” he said.

“The West End is slowly filling up again. The ‘eat out’ campaign has helped all of our food and beverage tenants. We are working with them on a case by case basis to see how we can support them. The next few months are going to be key, going into colder weather and what happens from a health perspective.”

The Crown Estate is carrying out a review of its strategy, begun before the pandemic, to look at the future of physical retail, amongst other other things, Labbad said. The group is looking at moving to turnover-based rents in many cases.

Demand for office space has changed as companies move to more flexible working. About 10-15% of staff have returned to their desks at the Crown Estate, and a similar number have gone back in the offices it rents out. “There’s no doubt that Covid will bring about some permanent structural shifts,” Labbad said.

“We’ve had a few enquiries from people looking at more bespoke office setups rather than having big offices in the centre. They are looking at spreading their office requirements around London or the country … But it’s far too early to tell whether there’s going to be a new norm that comes out of this any time soon.”

The bright spot in the Crown Estate’s portfolio is offshore windfarms. In August it gave the green light to the first floating offshore windfarm, to be built off the coast of Wales. Floating windfarms allow projects to move ahead even in very deep waters.