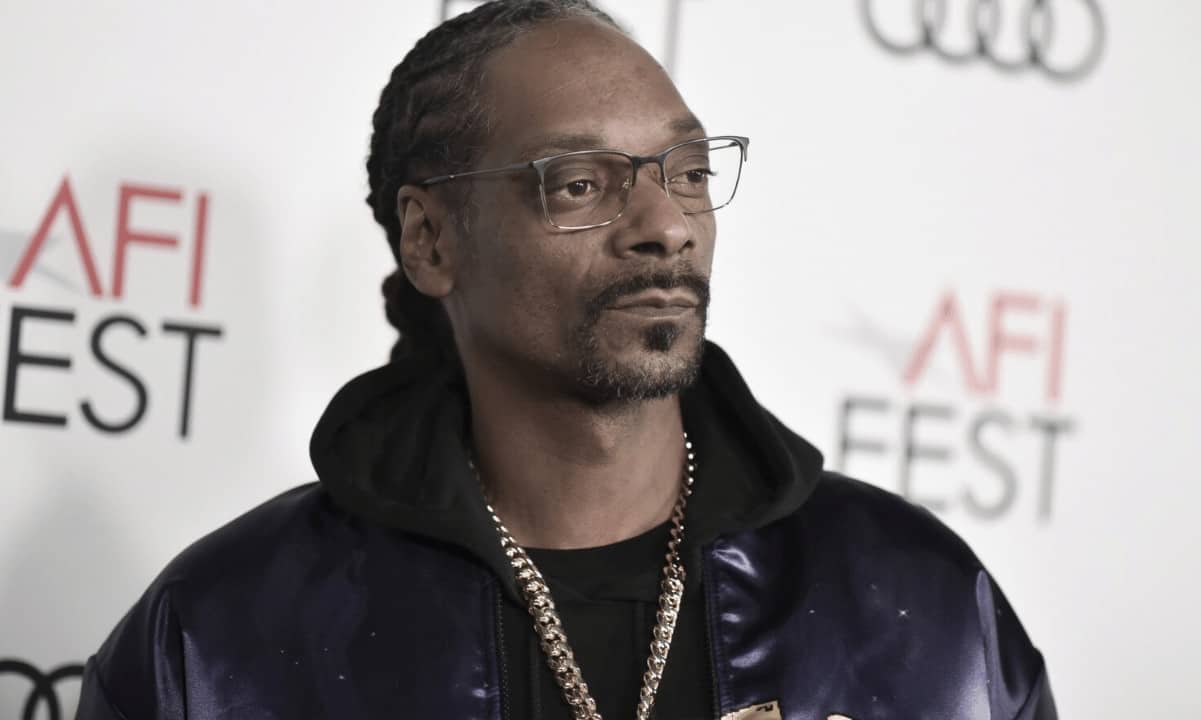 The legend in rap music – Snoop Dogg – collaborated with Coldie (an artist focused on blockchain and crypto art) to release another non-fungible token. It comes by the name of “Decentral Eyes Portrait Series” and was minted on the NFT marketplace – SuperRare.

Calvin Cordozar Broadus Jr. (known professionally as Snoop Dogg) has been deeply involved in the cryptocurrency industry lately. Earlier this year, he even joined the likes of Elon Musk in his support for the memecoin Dogecoin.

On April 20, the rap star stated that this date should be celebrated as DogeDay. Keeping in mind that Snoop Dogg is known for his love and appreciation for cannabis, it is no surprise that he picked precisely this day – being the unofficial holiday for marijuana smokers.

In his recent tweet, the crypto artist Coldie revealed that the global megastar has doubled down on his NFT endeavors as well. The duo shook hands on releasing a non-fungible token collection called “Decentral Eyes Portrait Serie.”

It is a 3D collage of 10 different images of Snoop Dogg depicting different moments of his life on the stage. The rapper also recorded new audio that goes together with the NFT to put his signature on the artwork.

Art by Coldie
Exclusive audio by @SnoopDogg
Coming together to keep it fun & experimental.

The final 1/1 release of the Decentral Eyes Portrait Series in the OG style pic.twitter.com/ckk71dmP5d

The token was created on the NFT marketplace SuperRare and will be available for purchase until December 3. Up to the moment of writing these lines, the highest bid stands at 169 ETH or around $750,000.

Snoop Dogg admitted that NFTs had inspired him to rethink the way he shows his art to the world. He also praised Coldie as the right partner for the initiative. In addition, he wants this artwork to “stand out as a representation” of his vision in the metaverse:

“You don’t just see it, you feel it, and you hear it. You dig. I want this piece to stand out as a representation of my vision in the metaverse. It’s Decentralized, Decentral eyes.”

The 50-year old rapper jumped in the NFT space this April. Back then, he collaborated with the digital artist behind the Nyan Cat meme to produce a “Nyan Dogg” non-fungible token. The interest towards the product was somewhat high, and the duo sold it for 14.2 ETH (over $30,000 by that time) on the OpenSea marketplace.

Needless to say, the exact date when the project got released was April 20. The partners also launched the artworks “Hazy Nyan Cat” and “Nyan Blunt” – each sold for 0.420 ETH (another tribute to the cannabis community).