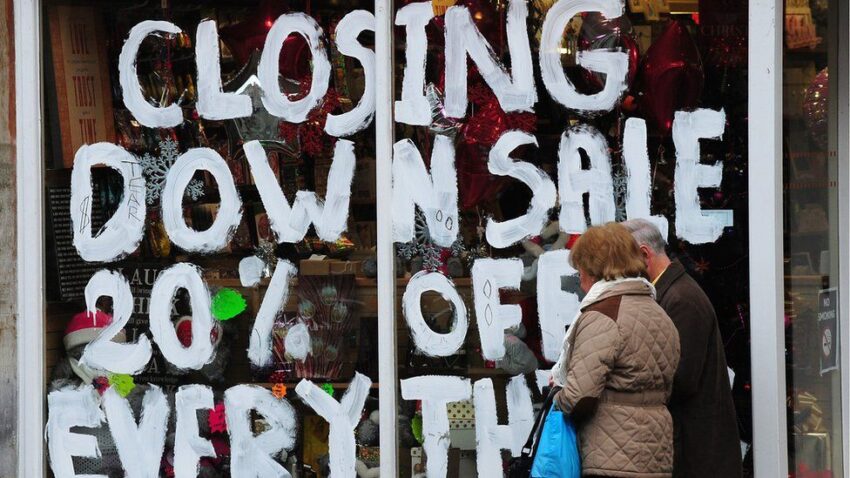 Retailers suffered their worst annual sales performance on record in 2020, driven by slump in demand for fashion and homeware products, figures show.

It meant an overall fall of 0.3% in a year dominated by the Covid-19 impact, the worst annual change since the BRC began collating the figures in 1995.

Christmas offered little cheer, with much of the High Street still closed.

“Christmas offered little respite for these retailers, as many shops were forced to shut during the peak trading period,” she said.

The 5.4% rise in food sales was fuelled by shoppers flocking to supermarkets and online grocers to ensure they were stocked up during the pandemic.

In December, total retail sales increased by 1.8% as shoppers spent more in the run-up to Christmas. Like-for-like sales for the month were up 4.8% as overall shop takings were still affected by restrictions and temporary closures.

Online non-food sales jumped by 44.8% in December, according to the new figures, as a higher proportion of shopping took place online.

The BRC’s sales monitor is collated with the consultancy KPMG, whose UK head of retail, Paul Martin, said: “In the most important month for the retail industry, there was some positive growth due to the ongoing shift of expenditure from other categories such as travel and leisure.

“Once again we saw big swings in the types of products being purchased and the channels used for shopping, with much of the growth taking place online, where nearly half of all non-food purchases were made.”

But he warned that the new lockdown would worsen conditions for many non-essential shops and the High Street generally.

Last week, a report from the Centre for Retail Research (CRR) said that 2020 was the worst for High Street job losses in more than 25 years, as the coronavirus accelerated the move towards online shopping.