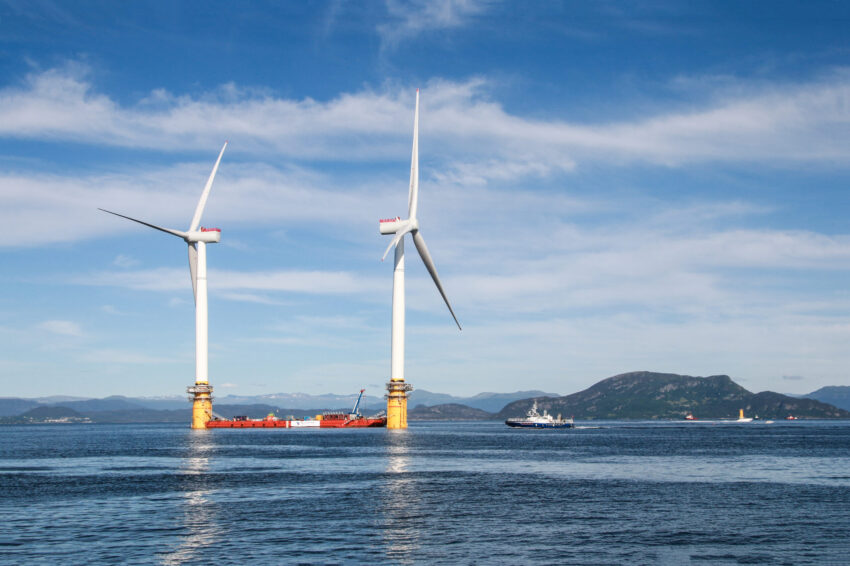 Royal Dutch Shell has joined forces with Scottish Power to develop the world’s first large-scale floating offshore windfarms in the north-east of Scotland.

The energy companies have submitted multiple plans for a string of large floating offshore windfarms to Crown Estate Scotland as part of the property manager’s latest leasing round for access to the coastline.

Floating turbines, which have no fixed subsea foundations, are a relatively new technology that will play a key part in the government’s plan for an offshore wind boom because they can be developed in areas of very deep water where traditional offshore windfarms are not feasible.

The new venture is expected to build on Scottish Power’s track record as one of the biggest offshore wind developers in the UK, and Shell’s decades-long experience working in the hostile waters of the North Sea.

David Bunch, Shell’s UK country chair, said if the bid was successful, the companies would be “fully committed” to working with Scottish communities and businesses to develop supply chains and expertise “which could make Scotland a world leader in floating wind”.

Shell, a relative newcomer to the offshore wind industry, has launched partnerships in windfarms off the Dutch coast and devised plans for a large offshore windfarm off the US coast alongside the French energy firm EDF.

Shell has joined a “green rush” of oil companies into the offshore wind industry as part of plans to join the energy transition away from fossil fuels and towards clean electricity and green hydrogen.

BP has won the right to build two large windfarms off the coast of Wales, and Norway’s state oil firm is working with SSE to build the world’s largest offshore windfarm at Dogger Bank.

Scotland’s upcoming leasing round for offshore wind rights will be the first in more than a decade and will include floating windfarms for the first time.

Crown Estate Scotland is expected to announce the results of this round of ScotWind Leasing in early 2022.