CEO Elon Musk‘s outlook on the future of Tesla appears to be bleak.

In a new interview with a Tesla owner’s group, Musk revealed that bankruptcy may be a possibility for the electronic car company. Tesla has faced multiple problems lately with supply chain disruptions affecting the production of its vehicles alongside pandemic-related factory closures in Shanghai.

“The past two years have been an absolute nightmare of supply chain interruptions, one thing after another,” Musk said during the interview, according to CNN. “We’re not out of it yet. That’s overwhelmingly our concern is how do we keep the factories operating so we can pay people and not go bankrupt?”

Related: Tesla Is Cutting 10% of Workforce, Elon Musk Says He Has a ‘Super Bad Feeling’ About the Economy

Musk was referring to Tesla’s two gigafactories that both opened this year — the Berlin plant (which opened in March 2022) and the Austin, Texas factory that opened in April.

The billionaire reportedly emphasized the danger facing the Austin plant, noting that car production was not up to the predicted scale due to car parts and supplies being “stuck” in Chinese ports.

Tesla is coming off of a strong first quarter of 2022 financially, beating expectations by reporting $18.76 billion in revenue that sent stocks soaring over 6% at the time.

However, closures at the Shanghai factory due to Covid caused the car company to lose a month’s worth of “build volume,” says Tesla CFO Zachary Kirkhorn, noting that production of all Tesla vehicles was “resuming at limited levels” during the disclosure.

“We’re working to get back to full production as quickly as possible,” Kirkhorn also noted.

Tesla has recently been making major moves to cut down on costs as Musk revealed that the company would be letting 10% of its workforce go in an email that was leaked earlier this month.

In the note, he admitted that he had a “super bad feeling” about the economy and also told Tesla execs that the company would “pause all worldwide hiring.”

Musk has previously made comments about the concept of bankruptcy in general, using the term on Twitter last month when asked about whether or not the U.S. was headed toward an economic recession.

“It has been raining money on fools for too long. Some bankruptcies need to happen,” Musk wrote on the social media platform.

It’s unclear whether or not he was alluding to the future of his own company at the time.

Tesla was up around 7% in a one-year period late Friday morning. 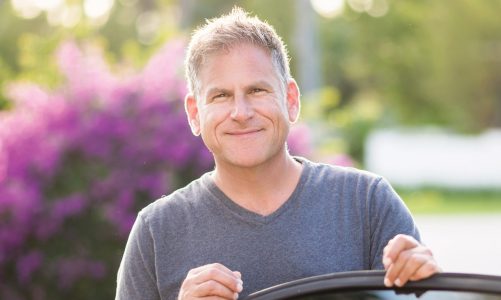