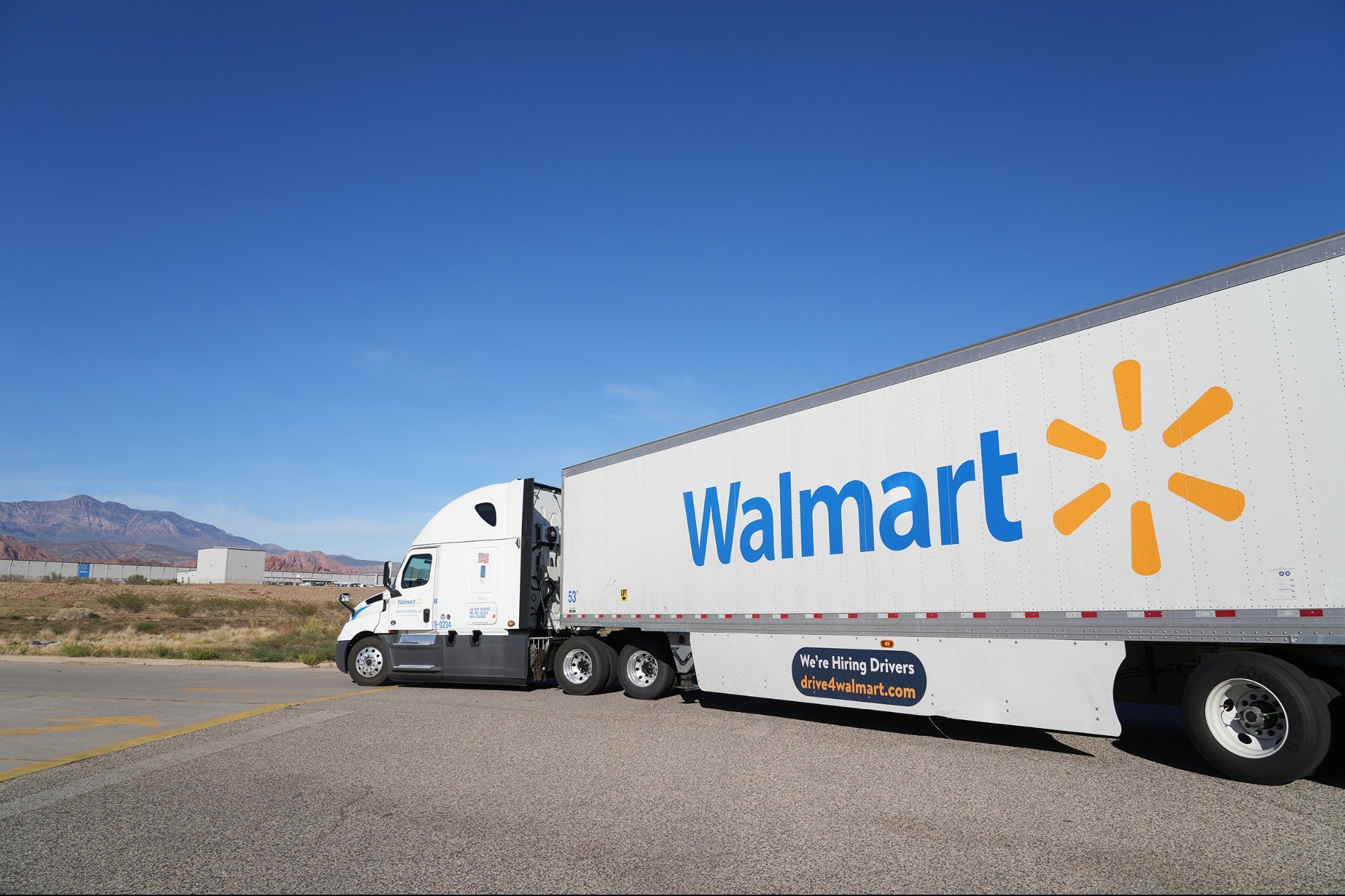 To mitigate ongoing customer demand and the subsequent lack of truck drivers, Walmart has announced that first-year truckers can earn up to $110,000 driving for the company — nearly double the average salary for truck drivers nationwide.

Along with the exorbitant pay raise, Walmart announced it will offer a 12-week development program — the Walmart Private Fleet — where individuals can earn their commercial drivers license, receive mentorship and transition smoothly into their new role on the road. The program was also launched to attract workers internally, paving the way for a career in trucking.

But Walmart isn’t the only company increasing efforts to recruit more drivers — the food distributor, Sysco, announced its drivers can also make up to $110,000, along with a signing bonus and other incentives, as advertised on its site.

The fight for more truck drivers is caused in part by the nationwide shortage, which is at a historic high of about 80,000, per the American Trucking Association, with expectations for the shortage to reach 160,000 by 2030.

There’s no getting around it: If companies want to recruit and retain drivers for the long-haul, they’ll need to raise pay and benefits, which is happening at an increasing rate.

Even before the six-figure salary, Walmart was already offering an annual average of $88,000 in 2020. The recent incentives reflect the nationwide shortage that continues to rise, industry competition for drivers and increasing demand on the end of consumers.