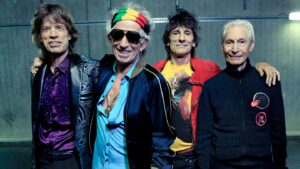 Jimi Hendrix shopped on it, Paul McCartney met his first wife Linda at a bar just off it and The Jam even wrote a song about it.

Stands to reason, then, that another of the bands most closely connected to the Carnaby’s broad musical history, The Rolling Stones, will be opening their first ever “flagship store” on the street on 9 September.

Titled “RS No. 9 Carnaby” the entirely black (save for occasional fleshy flashes of the band’s John Pasche-designed “Tongue and Lip” logo) shop will be positioned at 9 Carnaby Street, and will play host to a range of specially designed Baccarat glassware in addition to a wide array of Stones memorabilia. 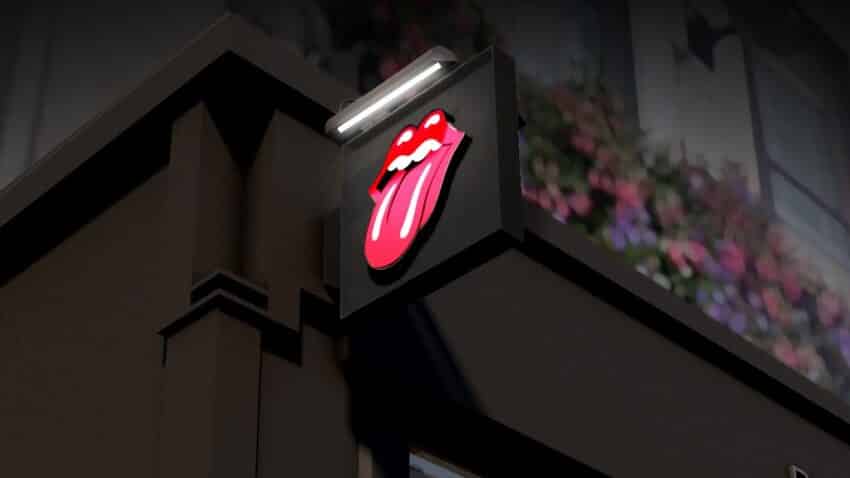 Most tantalising is that the store will also feature a brand new dedicated menswear collection, which will include raincoats designed in collaboration with Swedish brand Stutterheim alongside scarves worthy of Keith Richards’s own wardrobe from cult Japanese brand The Soloist – in addition, of course, to all the moody band tees you could throw a three-quarter-drunk bottle of Jack at.

The good news is that unlike many franchised fan stores, The Stones themselves have been heavily involved in the conception of this first flagship, so you can rest assured that the focus will be on quality rather than, well, pedalling a load of tourist-friendly toot.

“Soho has always encapsulated rock ’n’ roll, so Carnaby Street was the perfect spot for our own store,” said the band. “We are confident this exciting project that our friends at Bravado have created will be an unrivalled experience for everyone to come to London and enjoy.”

The black-and-red-clad shop was curated by the Stones in collaboration with Bravado, Universal Music Group’s merchandise and brand management company. “With this innovative partnership, the Rolling Stones add yet another cultural touchpoint to their rich legacy,” said Mat Vlasic, CEO of Bravado. “RS No. 9 Carnaby is the result of years of planning and decades of building one of the world’s most recognised brands. It creates a destination where fans can connect and immerse themselves in the music, style and spirit of one of the world’s most iconic and beloved bands.”

Read more:
The Rolling Stones are opening their first shop in London