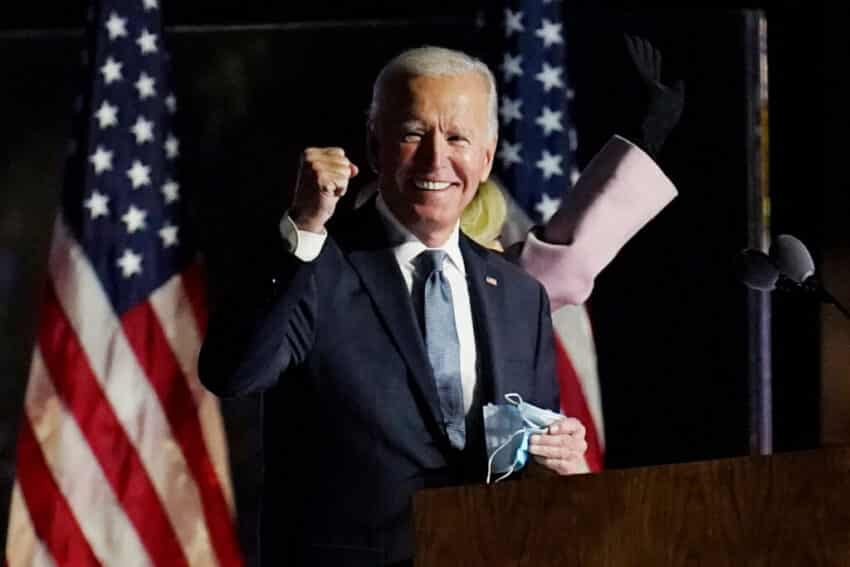 Joe Biden’s $1.9 trillion stimulus package will give the British economy a big boost this year as the effects of his “American Rescue Plan” ripple across the world, the Organisation for Economic Co-operation and Development (OECD) has said.

The 37-member rich nation think tank upgraded its GDP forecasts on the back of the rapid vaccine rollout and the US recovery programme, which it said would not only fire up American growth but provide additional “welcome spillovers for activity in major trading partners”.

The plan, which is almost certain to be passed by Congress this week, will raise UK GDP by about 0.5 per cent “in the first full year of the package”, helping raise the OECD’s UK growth forecast for this year to 5.1 per cent from 4.2 per cent in December. The outlook has also improved for 2022, with growth of 4.7 per cent, up from 4.1 per cent previously.

At the budget, the government’s official forecaster pencilled in growth of 4 per cent this year, but that did not include the effects of a US stimulus. If the OECD’s outlook is correct, the additional growth should help to close the UK’s budget deficit without any need for further tax rises.

“A more gradual upturn appears likely in the major European economies, reflecting continued containment measures in the early part of 2021 and more limited fiscal support, although the acceleration of vaccine deployment should help momentum to build, particularly in the UK,” the OECD said.

President Biden’s stimulus package amounts to 8.5 per cent of GDP, and takes America’s total intervention to about $6 trillion. The additional £65 billion of stimulus unveiled by Rishi Sunak in last week’s budget amounted to about 3 per cent of GDP, by comparison.

The OECD said that America’s plan would “potentially raise aggregate demand by between 3 per cent and 4 per cent on average in the following four quarters” and lift global GDP over the same period by 1 per cent.

Laurence Boone, the OECD chief economist, said: “The world economy is doing a bit better. Firms have adjusted and some countries have accelerated vaccinations and so are reopening their economies. I don’t want to sound overoptimistic because a lot of the predictions are based on the assumption that vaccination will accelerate and that the race between vaccines and the virus will be won by the vaccines.”

While the US package was good news for unemployment, there was a warning on prices. US inflation will be higher “by about 0.75 percentage points per annum on average in the first two years of the shock”. The OECD said that “some signs of inflation have begun to emerge” across the world and that the recent increases in bond prices poses risks for emerging markets in particular.