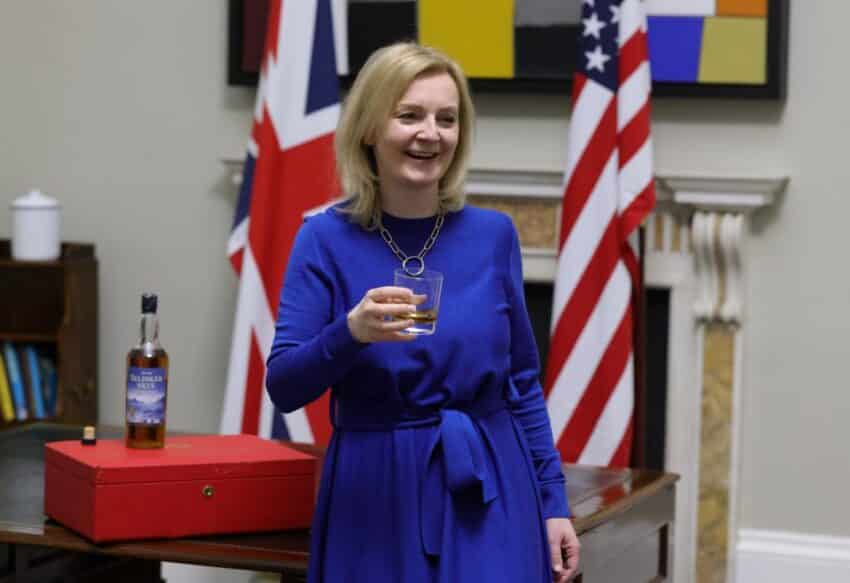 The US has today announced it will suspend a series of tariffs on a range of British goods, including Scotch whisky and Stilton cheese, for four months in a de-escalation of a long-running trade conflict.

The UK and US will try to broker a longer term agreement over the next four months to put to bed the 16-year long dispute between Boeing and Airbus, with tariffs slashed from 25 per cent to zero.

A joint UK-US statement said: ““This will benefit a wide range of industries on both sides of the Atlantic, and allow for focused settlement negotiations to ensure that our aerospace industries can finally see a resolution and focus on COVID recovery and other shared goals.”

The US levelled tariffs on several European countries in 2019 – after permission from the World Trade Organisation (WTO) – as a part of a dispute between the two aerospace companies and the subsidies they had received from respective governments.

This included tariffs on billions of pounds of British products, such as whisky, cheese, salmon, pork products and cashmere.

The UK had also levelled tariffs against the US as a part of the dispute, however international trade secretary Liz Truss unilaterally decided to suspend them earlier this year in a “show of good faith”.

America’s decision to suspend the tariffs will be seen as a boon for the relationship between Downing Street and the new Joe Biden administration.

“Today’s agreement shows that both the UK and the US are determined to work together to build back better and take our trading relationship to new heights,” Boris Johnson said.

The news will be well received by Scotch whisky producers, with the 25 per cent tariffs costing the industry around £450m since their introduction.

Stilton producers, who sent £45m worth of cheese to the US in 2018 before the tariffs were introduced, are also set to benefit.

“The benefits will be felt across our nation, especially in Scotland, where Scotch whisky distillers will be able to sell at lower prices in the United States, their most valuable market,” Truss said.

“The easier it is for Americans to buy a bottle of Macallan, Talisker or Glenfiddich, the more money those producers will have to invest in their businesses, their staff and futures.”