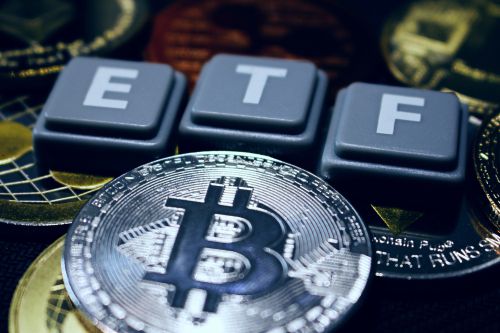 The massive cryptocurrency boom during the latter half of 2020 and the first half of 2021, coupled with a wave of institutional investors betting billions of dollars on the growth of the ecosystem, helped raise optimistic expectations around the approval of a Bitcoin ETF in the United States.

But one of the previous (unsuccessful) applicants for a Bitcoin ETF believes the odds of this happening anytime soon are very low.

According to Wilshire Phoenix co-founder William Cai, the SEC does not intend to approve a cryptocurrency ETF anytime soon, despite pressure from prominent investors, entrepreneurs, and even influential politicians.

Speaking with the financial outlet Business Insider, Cali commented that his expectations would be set around 2022 or even as long as 2023. Cali thinks that despite the current wave of new ETF applications, none are likely to prosper.

“We think they’re all going to get stuck … I’ve seen nothing that suggests there’s been a switch in their thinking,”

According to the ETF tracking site, ETFTrends, there are currently 8 Bitcoin applications actively lobbying for a favorable response from the SEC.

Interested parties range from longtime players like VanEck – which is among the first to launch a Bitcoin ETF – to Mike Novogratz’s Galaxy Digital.

Even the famous Grayscale Bitcoin Trust – the closest thing to a Bitcoin ETF currently available to U.S. traders – could mutate into a Bitcoin ETF should conditions be conducive. As Cryptopotato previously reported, Grayscale CEO Michael Sonnenshein believes this is only a matter of time.

The SEC Has Other Priorities

Despite the heated interest in the crypto business, efforts to have a Bitcoin ETF approved have been in vain. The reason, as Cai explains, lies in the SEC’s concern of possible market manipulation scenarios due to high volatility, low trading volume, and lack of clear regulations:

“The major thing is manipulation, and they’re focused on the cash market, [which] is not regulated and does not trade on regulated exchanges,”

Cai explains that not much has changed between Jay Clayton’s tenure and Gary Gensler’s current administration. He explained that a Bitcoin ETF is not really a priority for Gary Gensler, who is focused on protecting investors and regulating phenomena like meme stocks, Robinhood, and the like.

However, even though there is a long time to wait, Cai is not 100% pessimistic. Ultimately, he acknowledges that he hopes that at some point, some applicant will be able to satisfy the SEC:

We believe a bitcoin ETF is good for the market, and it is going to happen,