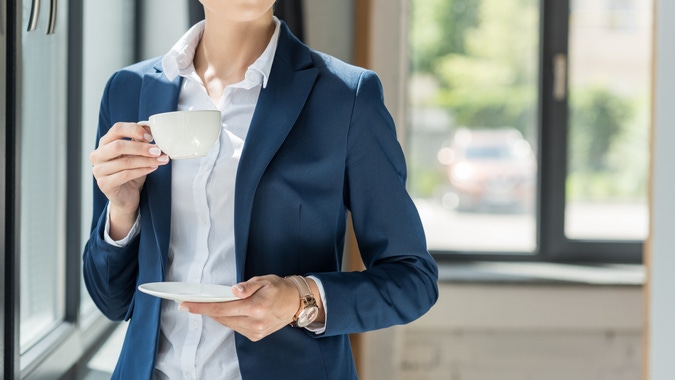 I have been a mindset coach for more than a decade supporting people and teams to generate the results they expect through mindset resources. I have witnessed and participated in the personal growth of people and I have supported companies and organizations to restructure their human resource models to integrate them with their productive capacity, and with it, move a team personally and professionally. It is for this reason that, after being within these large groups, I have noticed how much we need to awaken the leadership in our country.

I am someone who seeks to create leaders in Mexico. I want to do it in a different way, starting from what I have called ‘conscious leadership’. It is a type of leadership that we can all live as individuals, in a personal way, knowing an impact just because we are here. A person can practice conscious leadership when he is able to take responsibility for his place in the world and for his actions, since he understands that what he does has an impact on his environment and on others.

The current leadership is moving. A type of leadership without hierarchies or organization charts called horizontal leadership is increasingly recognized. This derived from the classical model in which the pyramid-like structure deepened the inequality between collaborators due to ranks: ‘those above’ dictate what to do while ‘those below’ execute. This model known as vertical leadership defined many of the organizations that we know; However, it is being displaced by the need to create spaces in which there is plurality, diversity, the validity of all opinions and the integration of each of the positions. The notion that leadership is overwhelming, conspicuous, advantageous, comfortable, and authoritative needs to be changed.

It all starts with resignifying the role of a current leader. Although a leader can be seen in many ways, there is a characteristic that identifies him: he takes care of the people before the result, because he knows that they are the ones who generate the result.

There is no effective leadership without conscious leaders

The transition from vertical to horizontal leadership has occurred gradually, since it is a reality that modifying a learned classical model will take years; However, little by little more and more companies, teams and organizations have paid more attention to their people to stop seeing them as subordinates and begin to integrate them into the structure from a sense of belonging governed by a common purpose. In other words, leaders within organizations are increasingly adopting practices in which inspiring, listening and playing as a team are essential for generating the result, but not only for the result itself, but for an evolution of those who participate in it.

In horizontal leadership, everyone feels part of a decision; they are listened to and can contribute their talents and vision to the organization’s goal.

A leader knows that collaborators need to feel part of the space rather than be financially remunerated. Therefore, you listen more than you talk, open the possibility for everyone, promote collaboration before competition and recognize the diversity of talents in your organization.

If it were possible to see this in an example it would be through a soccer game. The coach or coach directs on the court, but is not inside. Therefore, he listens to everyone’s opinion and speaks at the end to arrive at a strategy in which the vision and contribution of the team is integrated, and thus, achieve the goal. For the coach it is important to listen to the people who have the ball at their feet, otherwise they would not know what play to take.

Myth 1. People work for the leader.

Reality. The leader is the one who works for his people. The role of a leader is not to assign tasks or issue orders; in fact, that’s the least of your position. The true purpose of a leader is to inspire the team to do their work with their own talents, with their way of being; always in favor of the evolution of the people. It makes each member understand their role to take ownership of it and thus contribute to the organization.

A leader understands that life is a game of recruitment.

Those who believe that people work for them are generally only bosses or managers who dictate how the work should be done. A leader moves people by being an example and inspiring others to work on their talents.

Myth 2. A leader is one who has the truth

Reality. The leader is able to openly listen to all opinions, points of view and positions to reach a new resolution together. It creates spaces for dialogue and a commitment to plurality.

Myth 3. What you need most to be a leader is knowing how to inspire or motivate

Reality. Inspiring the team, motivating it or awakening it to its talents are qualities or characteristics of a leader; however, they are not enough. The most important way of being a leader is called bravery.

It is the leader who goes ahead assuming the risk of all decisions with the consequences that they imply. He is the one who will be pointed out, who will raise his voice and step forward for others. For this reason, a leader must be willing and prepared to make mistakes and fail, since it is their task to own the mistakes, arrive with the team and find a new solution together.

Myth 4. Being a boss automatically makes you a leader – the most common of myths

Reality. All bosses can be leaders, but not all bosses are leaders. A leader takes care of people in such a way that the team generates results thanks to the fact that it feels important, recognized, validated, and also, in a constant challenge, but from growth and evolution.

Myth 5. The leader is responsible for 100 percent of mistakes.

Reality Just as he reaches the result together with the team, in the same way he faces the errors, but not from the confrontation or the reproach. A leader does not point out what is wrong, but leads people to notice where the error is in order to modify it. Therefore, a leader creates the space for people to feel allowed to make mistakes, but with the responsibility to correct what did not go well.

A leader focuses on doing the right thing, not on being right. He does not fight to be right.

There are other myths that surround the figure of the leader, but these are the most present in the current conversation. It is important to identify them to deny them and act accordingly, especially if we want to put horizontal leadership into practice.

With this article I do not seek to discredit the work of those who have built their organization or company from a vertical structure. I know organization charts and authority figures have a purpose, but there is a greater one: people who are emotionally rewarded. Integrating people aligned with the values and vision of a team ensures that they are loyal and take ownership of the results because they know they are valuable. The most important thing about belonging to an organization is not the numbers that are generated, but that people can be recognized as an impact on the world we seek to build.

Now more than ever – also with regard to the pandemic – we know that rigidity is not the way to nourish ourselves and achieve the result.

If you really want to be a conscious and purposeful leader, your job is for the people around you to wake up every day to contribute in a safe and contributing space; your role is to create those spaces for people to flourish and see their evolution within and by your side, only in this way will they generate an impact outside.

You are the container and the fertile land for people to develop by taking over their role. Observe yourself and notice if you inspire them or just tell them what to do. A leader is and evokes the being of the people. Ask more questions than affirmations. Listens. Let everyone do the talking. A leader doesn’t always have the right answers, but he knows how to ask the deep questions.

It is who I am, and not what I do, that determines my results.

Today I ask you if you are seeing your organization and your team as replaceable assets or as an extension that outside the company is the standard of values and purpose. What would you tell me?