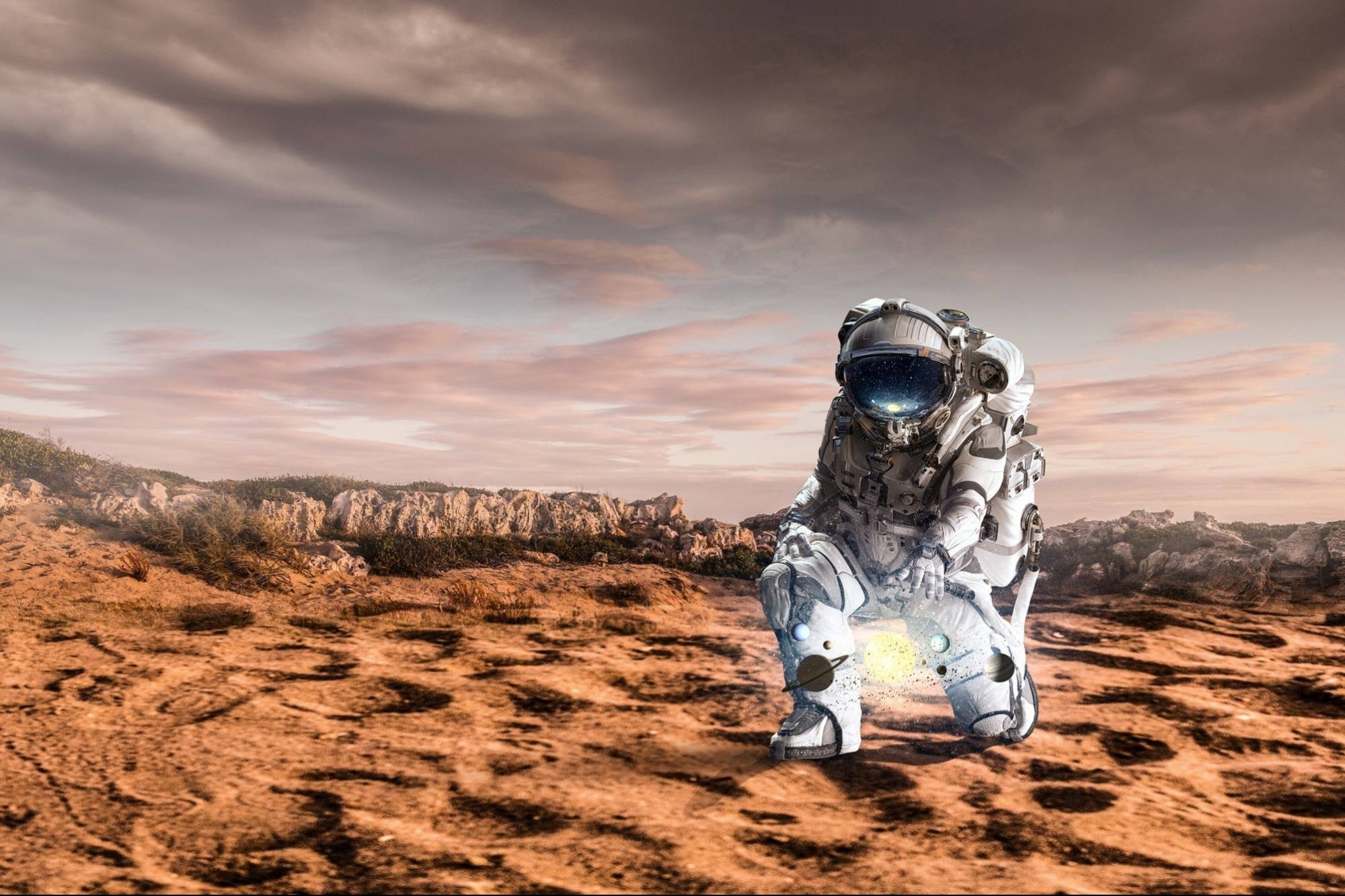 It has long been known that there are plans to colonize Mars by both the public and private sectors, such as Elon Musk’s SpaceX . In a further step towards the conquest of Mars , the United States Space Agency (NASA) launched a call to recruit volunteers to participate in a simulation of what life would be like on the red planet . Among the requirements to apply is to be in good health , have a master’s degree in science and / or technology , and accept the possibility of dying in the process.

The mission series, known as Crew Health and Performance Exploration Analog (CHAPEA), includes three simulations of the surface of Mars , each lasting one year. The first of these missions will start in the fall of 2022 and will be made up of four people who will remain isolated for 365 days.

NASA will recruit “highly motivated individuals” who will live for a year in conditions that resemble the surface of Mars . The volunteers will inhabit a 1,700-square-foot (about 158-square-meter) module printed in 3D, called the Mars Dune Alpha , which is located at NASA’s Johnson Space Center in Texas.

“The habitat will simulate the challenges of a mission on Mars, including resource limitations, equipment failures, communication delays and other environmental stressors,” NASA detailed in a statement posted on its website.

The crew members will have their own bedrooms located at one end of the habitat. On the other side of the module there will be workstations, medical stations and food growing stations. In the center of the habitat a shared living space will be built that will include fixed and mobile furniture, customizable lighting, temperature control and sound.

What will the volunteers chosen by NASA do?

The first role of the participants will be to support research to develop methods and technologies to prevent and solve potential problems in future manned spaceflight missions to the Moon and Mars, NASA explained.

“This is a rare and unique opportunity. The selected will have a historic role in preparing humanity for the next great leap in space , “he said in a statement Grace Douglas, principal scientific research of Food Technology Advanced NASA’s Space Center Johnson of NASA.

Calling all Martians! @NASA is recruiting four crew members for a year-long mission that will simulate life on a distant world, living in “Mars Dune Alpha,” a 3D-printed habitat. Want to take part in research for the first human Mars mission?

Spending a year locked up with other people in hostile conditions may sound tedious, but participants won’t have time to get bored. Their tasks may include taking simulated spacewalks , conducting scientific research, and testing virtual reality , robotic controls , and communications .

The agency will also use the research to inform risk and resource exchanges, in order to take care of the health and performance of the crew in future missions to Mars, since in a real scenario the astronauts would live and work on the red planet. for long periods of time.

“This is the highest fidelity simulated habitat ever built by humans. Mars Dune Alpha has a very specific purpose: to prepare humans to live on another planet. We wanted to develop the most faithful analog possible to aid humanity’s dream of expanding into the stars. Habitat 3D printing has further illustrated to us that construction-scale 3D printing is an essential part of humanity’s toolkit on Earth and to go to the Moon and Mars to stay , ”said Jason Ballard, Co-Founder and CEO of ICON the habitat builder.

The selection of the crew will follow the standard NASA criteria for aspiring astronauts and these are the requirements listed in the call:

The space agency will also consider candidates with a medical degree , with military training , who have completed a test pilot program, or who have two years of work for a STEM doctoral program .

However, NASA warned of the risks that participants could be exposed to, including loss of privacy , physical injury, or a fairly small but very real chance of death.

So far it has not been disclosed if the volunteers will receive any type of payment or how much the amount would be.

Applications have been open since last Friday, August 6 and will be valid until September 12, 2021. Do you sign up?